Natus Vincere will face ENCE in the semi-finals of CS:GO major and to defect their title.

Denis 'electroNic' Sharipov, tops the chart of players' stats with most kills and become the man of the match.

Top player in the match stats

The stats include the both sides (CT and T) of all three maps.

Top 4 players in the match

This include all three maps below: 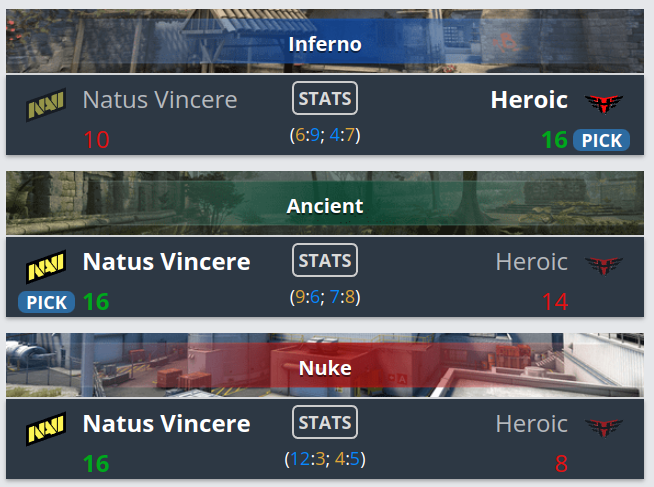 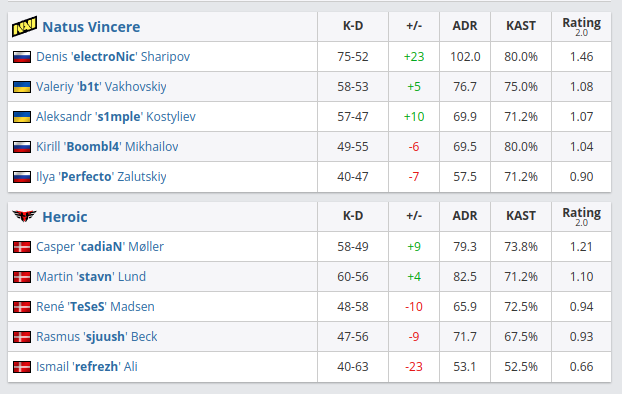 We secure a spot in the #PGLMajor 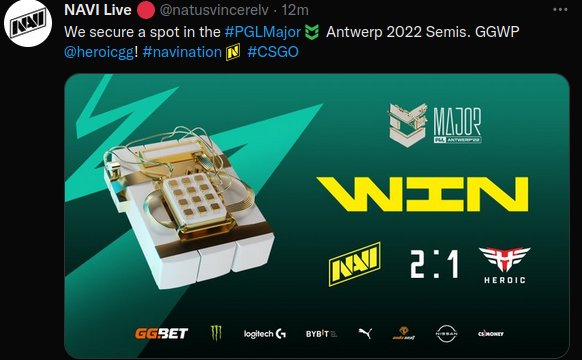 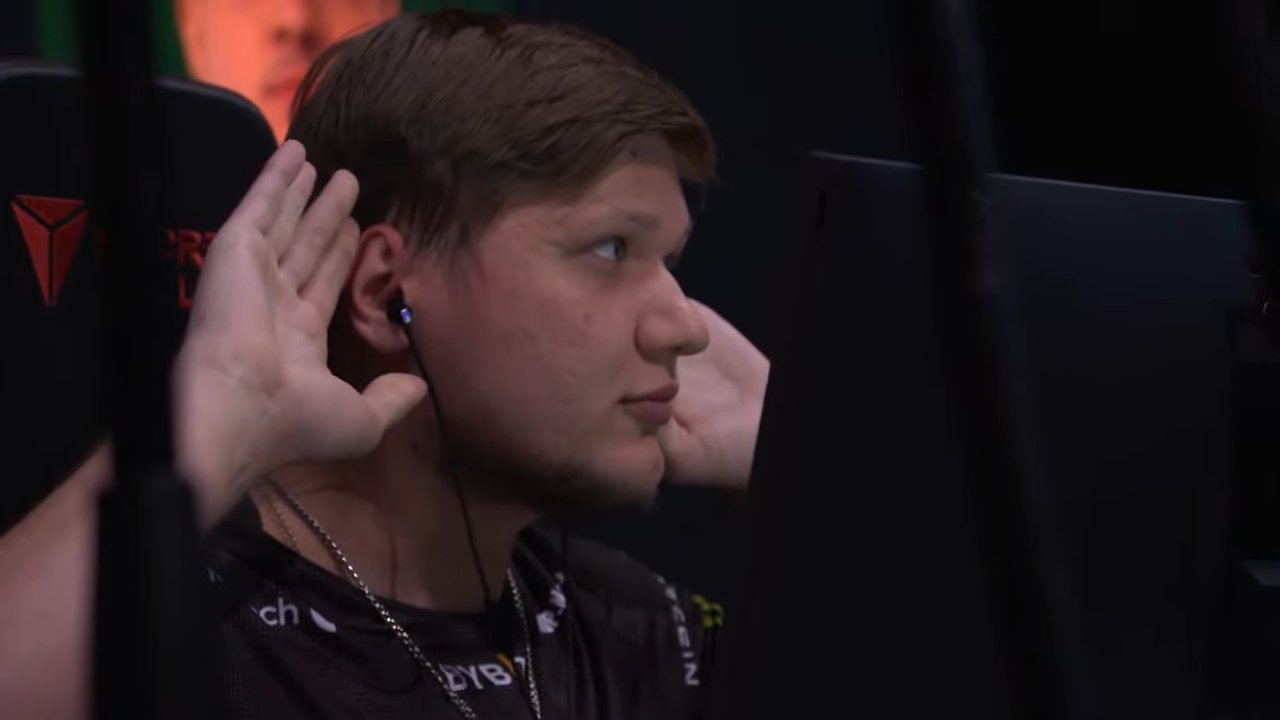 NAVI 5 - 1 Heroic Winning Streak: NAVI - 5.
Map 3 Nuke: NAVI wins the round 5 as Heroic serves their winning round in plate. NAVI 4 - 1 Heroic Winning Streak: NAVI - 4
Map 3 Nuke: NAVI wins three rounds straight. NAVI 3 - 1 Heroic
Map 3 Nuke: NAVI wins the round 3. NAVI 2 - 1 Heroic
Map 3 Nuke: Heroic took the pistol round from NAVI. NAVI 0 - 1 Heroic
NAVI vs Heroic Map 3 started at Nuke
electroNic becomes the best player by K/D after map 2 with 45-34, and cadiaN moves to second position with 42-31.
s1mple beats the cadiaN in the second map as a best AWPer.
NAVI won the second map by 16 - 14 against Heroic on Ancient.
Heroic is making the NAVI sweat hard because the Ukrainian team is the king of the Ancient map.
electroNic is playing the most crucial role in the team, and snatching the final round of the first half by faking the plant was an absolute killer.
The Ukrainian powerhouse got some rounds in the second half, but Heroic is giving tough competition.
Map 2: NAVI struggles to gain the margin on their favourite map in half.
Casper 'cadiaN' Møller tops the list of best player by K/D (22-11) so far followed by Denis 'electroNic' Sharipov with 19-15.
Natus Vincere lost the first map, Inferno, by 10 - 16 to Heroic. Heroic seems to be controlling the map, whereas NAVI is struggling to make their moves.
CadiaN played amazingly great in the first map and scored the most, even higher than the s1mple.
The PGL Major Antwerp quarter-finals are underway, with NAVI taking on Heroic. The first map is Inferno, picked by Heroic, Second Ancient by Natus Vincere, and Nuke was left over as a decider map.