After an intense match between NAVI and G2 in Legend Stage at PGL Major Antwerp 2022, the two teams took to Twitter to engage in a hilarious meme war. It started with G2's Twitter account posting a picture of Aleksi when he was eating a banana, but the banana was hidden by the NAVI logo with the caption "ATE AND LEFT NO CRUMBS #PGLMajor." However, this was not enough to capture the intention of the Ukrainian CS:GO, team. 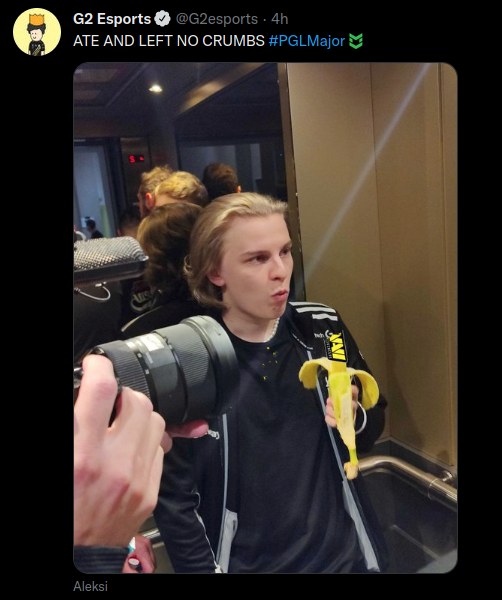 The G2 continued by posting a short video featuring m0NESY and JACKZ. Both were normally walking, and suddenly JACKZ's shoe was stuck into something. Both players stopped and looked, and it was NAVI's logo on JACKZ's shoe.

The video sparked a response from NAVI's Twitter account and a series of ongoing memes exchange between both CS:GO teams, which posted a picture of G2's players with the caption, "Don't mess with the boys."

NAVI made fun of G2 replying to the G2's video 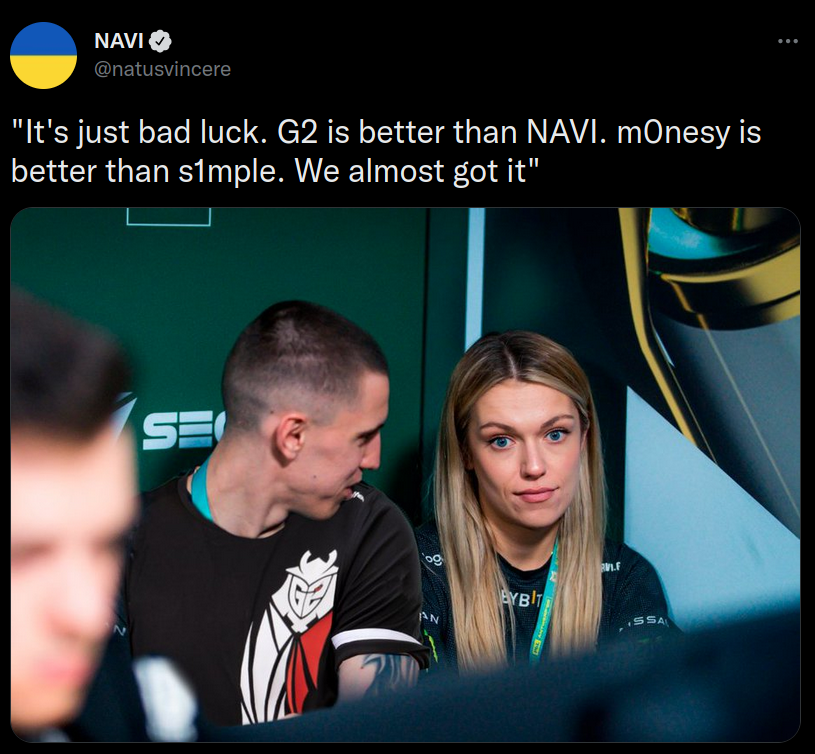 And then, "Don't forget why we call @perfectocsgo the clutch master," also replying to G2 esports.